It is also possible to specify various classification criteria, such as the number of frames in which the object must be located or the recognition success threshold. The ORC algorithm can be used to recognise moving objects in security systems, but also to classify obstacles in front of a robot. The output is the name of the object marked by the bounding box, the recognition success and the position in the image.

XML, JSON and others

A device equipped with the ORC algorithm can detect and distinguish a person from a photo or video and for example alert to it.

Using the ORC algorithm, it is also possible to recognise faces that the system knows, their gender, age or even their mood.

With the ORC algorithm it is possible to detect a car registration number, distinguish product packaging or extract text from an image.

The ORC algorithm can also be used to navigate a device that uses it to segment a path or detect walls and navigate between them.

Neural networks in the ORC algorithm can be trained for various objects. Detection success depends on the dataset size and quality.

The ORC algorithm consists of several software solutions, its practical deployment requires hardware depending on the purpose of the system. 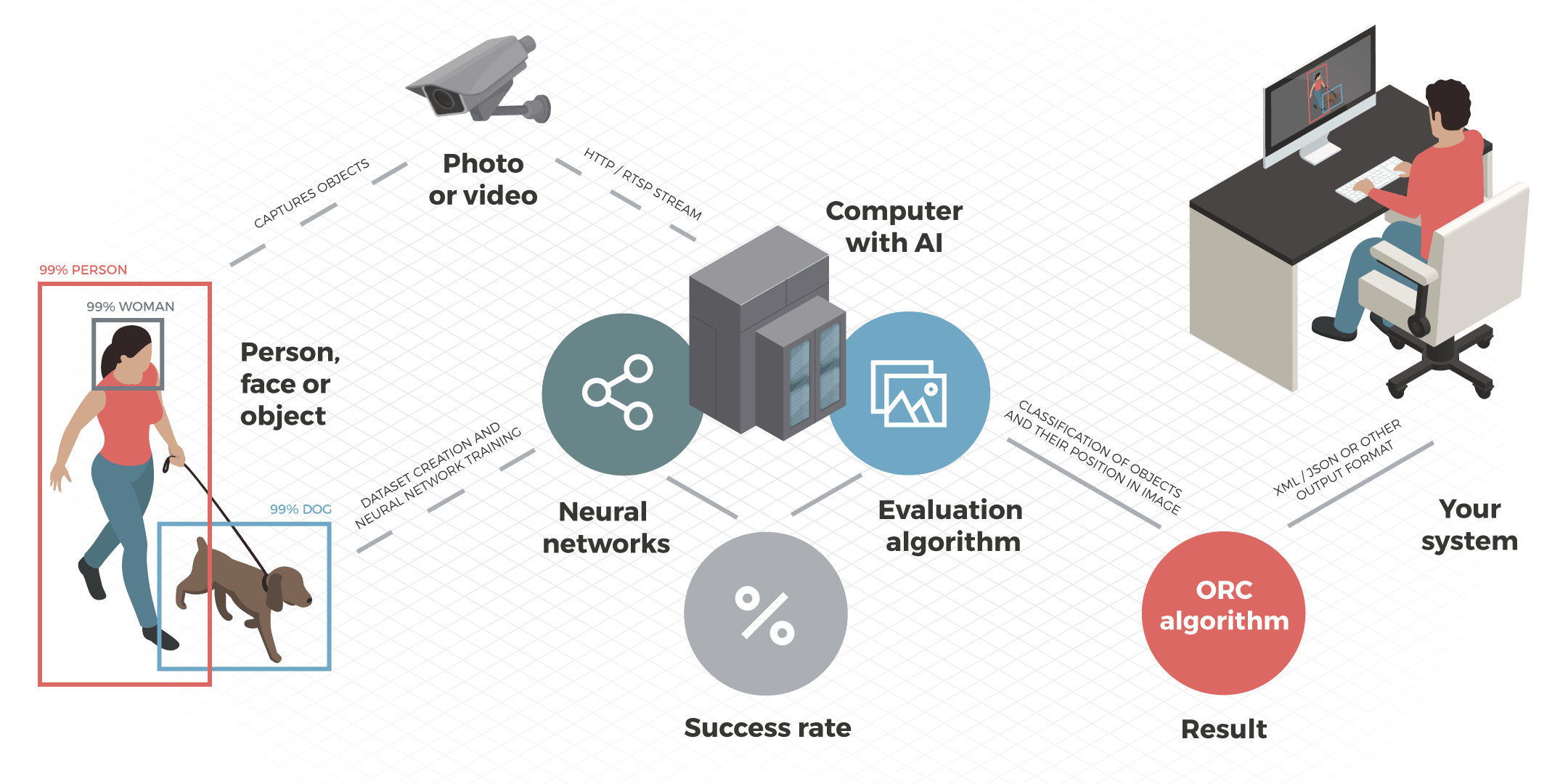 The company focuses on the development of autonomous robots with AI elements. It strives to develop universal solutions for various tasks, industries and environments.

We use cookies on our website to give you the most relevant experience by remembering your preferences and repeat visits. By clicking “Accept”, you consent to the use of ALL the cookies. Read more
SettingsAccept Reject
GDPR