Get to know our story

Company focuses on the development of mobile robots with elements of AI, thanks to which the devices can move autonomously and perceive the environment. The company develops universal solutions that can be used in different industries, environments, and for different tasks. 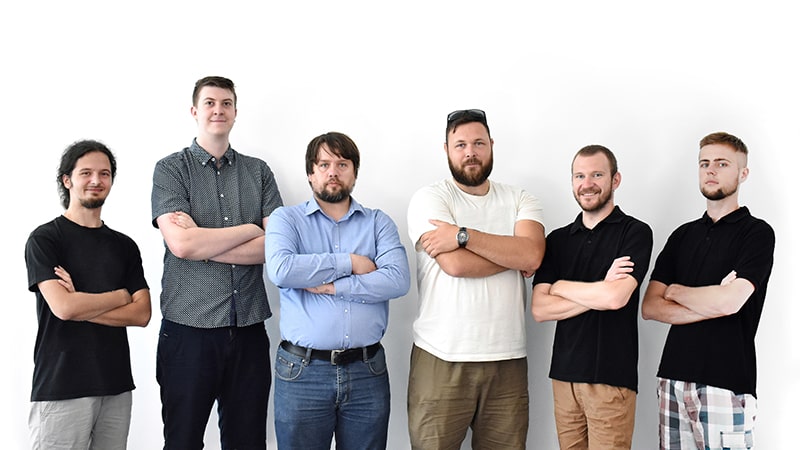 RoboTech Vision works with advanced technologies to remain at the forefront of the industry and keep up with innovations.

Thanks to long-term development and testing, the company creates universal and high-quality devices with high added value.

Through presentations, videos and blogs, the team seeks to popularize robotics and to build client as well as professional community.

RoboTech Vision Ltd. was established in 2013 and its executive managers are three graduates in the field of robotics. At first, they achieved success in various areas of industry and IT individually, but after graduation they decided to merge and start developing this area in Slovakia. The company initially focused on software and application development. Later, the company developed the first Androver I mobile robot, the control and sensor system of which was a smartphone with the Android operating system. RoboTech Vision members became one of the first in the world to use Android to develop autonomous navigation algorithms in the field of mobile robotics.

Since 2017, the company has been fully focused on the development of mobile robotics, especially on autonomous navigation algorithms, artificial intelligence, neural networks, visual systems and voice control. The company tests its algorithms on several robotic platforms. An example is the autonomous Androver II robot with a Double Ackerman chassis and AI elements, which the company has developed from the ground up. The company also tests its algorithms on the Husky A200 robot, which is different with its differential chassis. RoboTech Vision thus strives to develop universal solutions that can be used for different devices, environments and for different types of tasks.

The proof is its own robotic platforms covering the needs of both outdoor and indoor environments. The autonomous movement of the robots and their vision are ensured by sensors by RoboTech Vision, thanks to which the devices can plan the way to the destination, go through difficult intersections or avoid static and dynamic obstacles. Sensor equipment works on the basis of algorithms developed by the company, with the help of which robots can independently solve tasks, make decisions and learn new knowledge. The software elements of robots can be used in such areas as industry, logistics, agriculture or research.

RoboTech Vision also aims to popularize robotics among the general public. The company therefore regularly participates in various exhibitions at home and abroad such as the EXPO in Dubai. The team tested a robot at the European Space Agency and also participated in the largest robotics event in Europe, the European Rover Challenge. The Androver I robot was used in a simulated space mission to the Moon, where it ranked among the best projects. Androver II won first place in the international competition in the category of autonomous navigation. Their work and success were mentioned by many media. 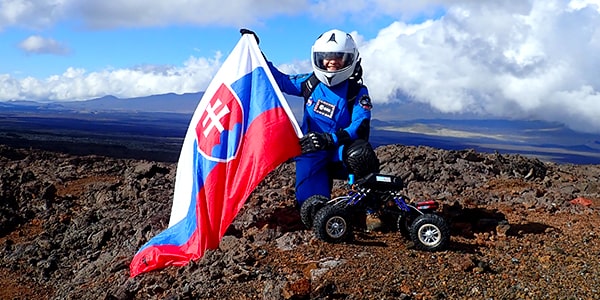 Androver I in a simulated mission organized by ESA 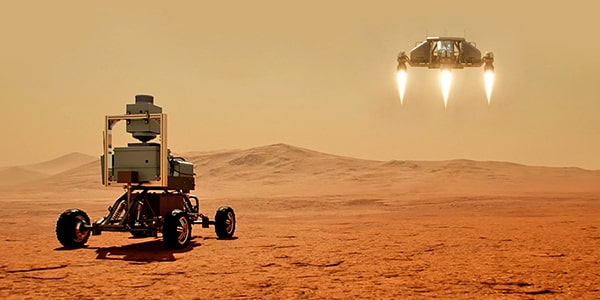 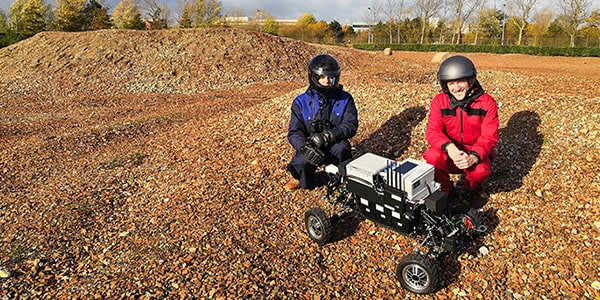 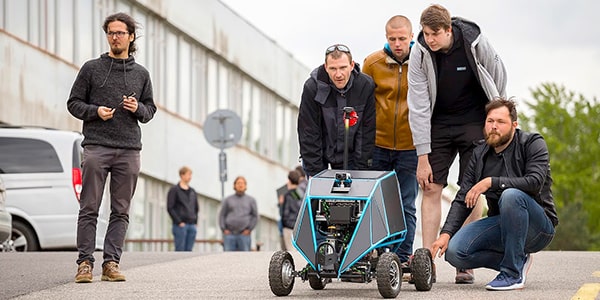 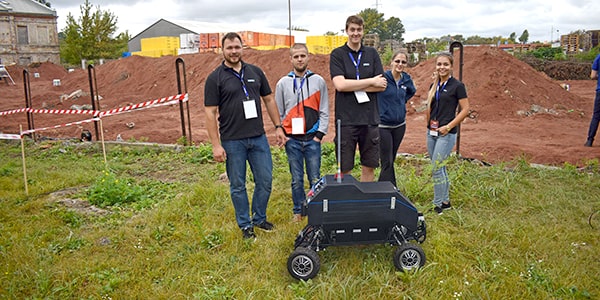 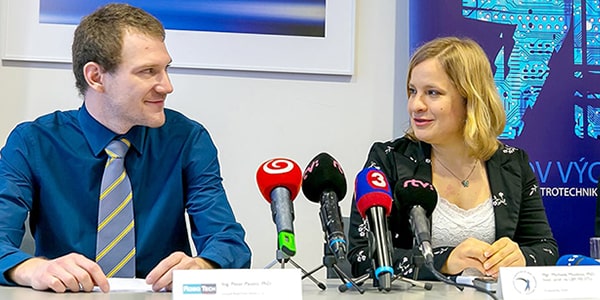 RoboTech Vision at a press conference on NASA's mission 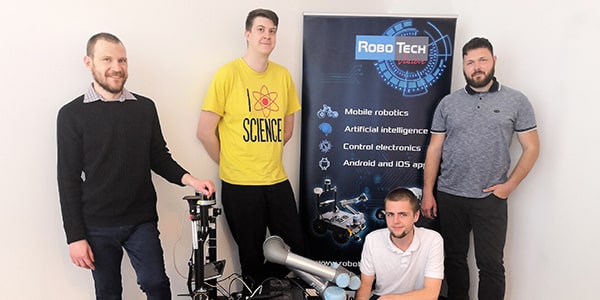 The Canadian robotics company wrote about us 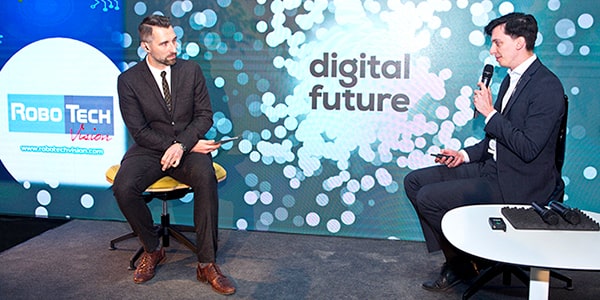 Androver II among the best projects in Slovakia 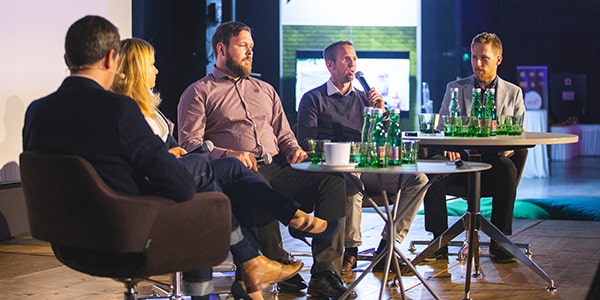 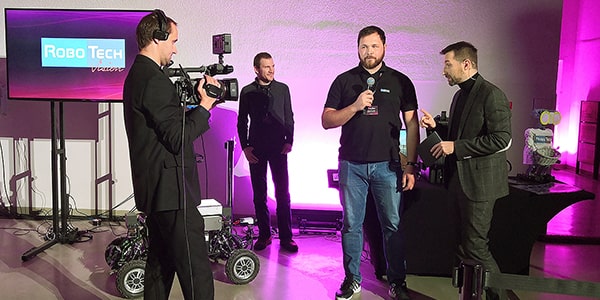 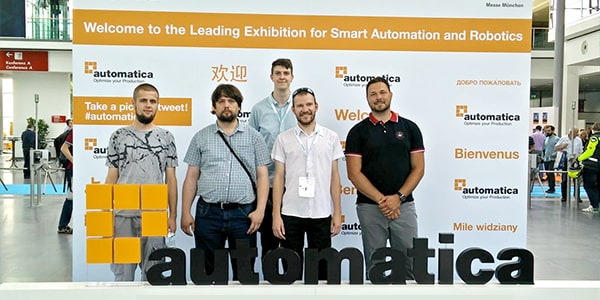 RoboTech Vision at the Automatica exhibition 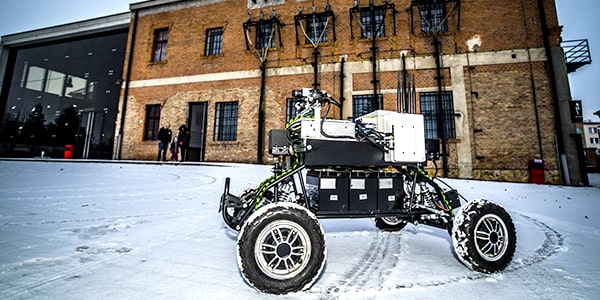 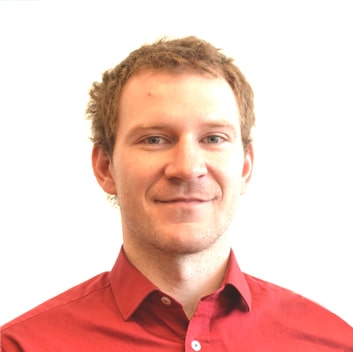 Peter was already focusing on visual systems during his studies. Together with the team, he won an award at a scientific conference in Rijeka for an algorithm for detecting obstacles in front of a mobile robot. He is also a co-author of the Method of reading image code in the industry. He specializes in higher-level software development, AI and visual systems in the company. 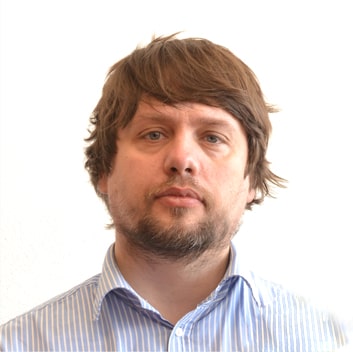 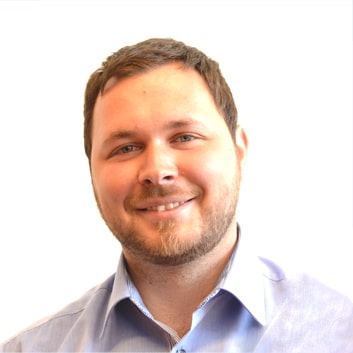 Martin has been involved in mobile robotics since secondary school. He was also involved in telemedicine projects and developed smart cars for the police in the past. Within RoboTech Vision, he focuses mainly on the development of lower-level control software, hardware, mechanics, and navigation algorithms.

The company focuses on the development of autonomous robots with AI elements. It strives to develop universal solutions for various tasks, industries and environments.

We use cookies on our website to give you the most relevant experience by remembering your preferences and repeat visits. By clicking “Accept”, you consent to the use of ALL the cookies. Read more
SettingsAccept Reject
GDPR